Chris LaMont is an independent filmmaker who graduated Magna Cum Laude from Arizona State University and dreamed of being a filmmaker since fourth grade. He has been a writer, director and producer on such projects as TV or Not TV, The Best Movie Ever Made, Writer's Block, Film Club, 14 Days in America, Netherbeast Incorporated, Screen Wars, My Apocalypse, The Graves, Justice Served, Postmarked, Rhea, The Au Pair Nightmare and Open Source. In 2000, he started the Phoenix Film Festival, the non-profit Phoenix Film Foundation, Phoenix Film Society, IFP - Phoenix and co-founded the International Horror & Sci-Fi Film Festival, the Arizona Student Film Festival and The Arizona College Film Festival. His screenwriting with Joe Russo industry award winners Road Rage, Soul Mates, The Red Pill, and The Last Will & Testament of Charles Abernathy. Their screenplay Au Pair Nightmare was filmed for airing on Lifetime in Spring 2020 and the action-thriller script Open Source starring Bruce Willis will be released theatrically in Fall 2020. He has taught at ASU in the School of Film, Dance and Theatre since 2003, produced hundreds of marketing, educational and promotional projects, and he wrote Great Comedy Films: or How I Learned to Stop Worrying and Love Funny Movies. 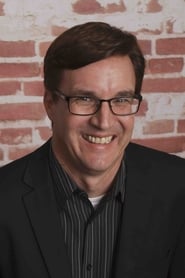